Dr. Joe Cruse began his musical career in Odessa, Texas at the age of 8, when he was selected to be a part of the Odessa Boys Choir under the direction of Dr. George Peck. Being part of a musical family, The Cruse Family, he was involved in Christian music most of his school days. His Junior/Senior year of high school, he was selected as UIL All State First Tenor along with numerous other awards. Joe and his family were recipients of two GMA Dove Awards for their Contemporary Album of the Year, “Transformation”. Dr. Cruse’s family recorded 35 albums over the span of their ministry. He has led worship for some of the largest ministries in the US and abroad.

In 2002, Joe and Becky founded Institute for the Arts, in Austin, Texas. They received both their honorary Masters and Doctorates through The River Bible Institute and Life Christian University, Tampa FL in Sacred Music and have ministered over 40 years together leading people in worship and ministering the gospel in over twenty countries and on every continent.

Dr. Becky Cruse’s love for piano began at the early age of 3, sitting next to her sister as she played piano for church. Becky began studying piano at the age of 5 and was encouraged by her piano teacher to pursue a classical music career. At the age of 8, she was invited to be a part of the Guild Auditions hosted by the National Guild of Piano Teachers, and the National Fraternity of Student Musicians. Scoring very high in these competitions every year, Becky was offered a full scholarship to the University of Corpus Christi, TX; however, Becky met her future husband and family, The Cruse Family in 1970, and in 1972, the Cruses invited her to travel as their accompanist. In 1973, Becky, Cindy Cruse and Nancy Cruse, were awarded the ASCAP award as songwriters of the year for their #1 single, “Bless Your Name”. In 1976, she married, Joe, the love of her life, and together with his family, went on to serve the Lord in a full time capacity.

In 2002, Joe and Becky founded Institute for the Arts, in Austin, Texas. They received both their honorary Masters and Doctorates through The River Bible Institute and Life Christian University, Tampa FL in Sacred Music and have ministered over 40 years together leading people in worship and ministering the gospel in over twenty countries and on every continent.

Glenna Morrison is the Academic Dean of Cruse Institute for the Arts. She received her Bachelor of Science degree from the University of North Texas in 1978 and her Master of Education degree from Texas A&M University – Commerce in 1986.

After a 24-year career in the public school systems of Texas as a teacher and academic counselor, Glenna was offered the opportunity to help build and develop the programs and curriculum for Institute for the Arts. Developing a program to train excellent worship leaders and musicians for ministry has been one of the most challenging and rewarding aspects of her career.

In addition to teaching/ administration, Glenna enjoys a variety of past-times such as genealogy research, photography, gardening, needlework and music. She also volunteers at one of the local arts venues in Austin, Texas where she currently resides. She can be contacted at [email protected].

Growing up as a pastor’s daughter, just outside of Tyler, Texas, Cindy was constantly surrounded by talented people who loved the Lord. One of five children, her journey of music began very early as she traveled alongside her family, “The Cruse Family”, a vibrant, evangelistic ministry of music and preaching, traveling and ministering throughout the world. Traveling day after day, singing night after night, this became the norm for Cindy.

Throughout her childhood, Cindy’s family gained popularity as they traveled and ministered full time, recording 23 albums and winning multiple nominations and two awards, one of which was the Gospel Music Association’s Dove Award, for “Contemporary Album of the Year”. At the age of 6, she recorded in her first recording studio, and by the age of 9, she became the youngest licensed ASCAP songwriter. At 19, Cindy signed as a solo artist with CBS Records. During her tenure with CBS, she earned a nomination from the Gospel Music Association for Song of the Year and also Songwriter of the Year. Soon after that, she launched her own studio and production company to help other artists fulfill their dreams and visions.

During the next four years, Cindy launched a career ministering and leading worship for a series of different churches. Then, Cindy became the Director of Music and Worship at Lakewood Church. Through the support of her pastor, Joel Osteen, and family, Cindy oversaw every aspect of the music ministry. She spearheaded the production and recording of multiple albums. Under her leadership, Lakewood recorded three “Lakewood LIVE” CD’s, entitled, “ We Speak to Nations”, “Cover the Earth” and “Free to Worship”, each of which sold in excess of 100,000 units. Last year, Cindy recorded her highly anticipated solo album entitled, “Twenty-Three” This album is a unique mixture of genres blended to create an album expressing the faithfulness of God and the promises He has made to His children. This year, Cindy began her 6th year on tour with Joel Osteen to sold out arenas and stadiums throughout the US and the world.

Austin graduated from Cruse Institute for the Arts in 2012 with a Bachelor’s degree in Music Ministry and an Associate’s degree in Theology. He’s been playing guitar since 2002 and leading Worship since 2008. He currently serves as Associate Pastor over the Creative Arts Ministry at the Crossing Church in The Woodlands, TX. He resides in Houston, TX with his wife, Allison, and their two sons, Judah and Zion.

With a love of music, performance and entertainment, Nate Ziehm was always looking to develop, create, and share his music and art with the world. Nate started playing at a young age and acquired experience inside and outside of the recording studio. It wasn’t until high school that Nate knew for sure he wanted to play the drums for a living. After high school, he studied music in college and graduated from Southwestern Assemblies of God University, earning a Bachelor’s in Music Performance, with an emphasis in percussion. While in college, Nate was lucky enough to study with drummer extraordinaire Tim Pope, one of the drummers for the great Ray Charles.

Currently, Nate is a freelance musician and drum instructor and resides in Dallas/ Fort Worth Texas. We are blessed to have him as our Drum/Percussion Instructor at Cruse Institute.  Welcome aboard dear friend!

Alexa Tannehill is a Songwriter and Creative whose journey has lead her from the city of Los Angeles, California where she earned a degree in Visual Communications, to the hills of Nashville, Tennessee to earn a Bachelor’s of Arts in Songwriting at Belmont University.

Alexa has worked on music industry hallowed ground like BMI and interned in publishing houses like Creative Nation, known for its Songwriters who have penned hits for everyone from Harry Styles to Kacey Musgraves. Whether behind the scenes in Music Business logistics, to hearing her songs sung in churches across America and even places like Carnegie Hall, Alexa has seen the fine balance between working hard to see dreams come true and letting God open the door.

Alexa considers her greatest songwriting honor as launching a monthly “Writer’s Night” at the Nashville Mercy Multiplied House where she paired Songwriters and Poets with Mercy residents to write their stories and empower them to create and be brave!

Alexa and her husband Caleb currently reside in Fort Worth, Texas.

Information for students and those interested in finding out more about this Christian fine arts institution.

Do you have a sincere desire to pursue training as a Christian worship leader, artist and musician? If so, apply today!

See the accredited degree programs and descriptions of the courses we offer at Cruse Institute for the Arts! 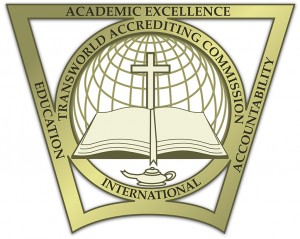 Cruse Institute for the Arts

Please fill out this form to get information about enrolling:

You have Successfully Subscribed!